Chances are when you think of funk music you don’t immediately think of the guitar.  Perhaps you recall the thump of the bass, the siren call of the horn stabs, or the energy of a vivacious frontman.  While these are all defining characteristics of funk music, equally as important is the driving rhythm of the funk guitar.

From the clean, treble-filled tone to the rapid, clipped strumming pattern, funk guitar is an essential component of the overall funk sound.  Despite its predominantly rhythmic and percussive nature, funk music has evolved into a very complex animal due in large part to the efforts of a few humble figures who pioneered a whole new approach to the guitar as an instrument of texture and flavor rather than melody and harmony.

For bonus points, while you read, check out this Guitar Funk soundtrack we made just for the occasion:

While funk as a genre didn’t exist until the mid 1960s we can trace its history to the Mississippi blues and New Orleans jazz styles that preceded it and which in turn were heavily influenced by African rhythms that arrived in America with the slave trade.  This, however, is where the similarities end. Unlike jazz and blues guitar, funk guitar was never intended to be a lead instrument.

Funk songs are often built around a single guitar chord vamp, and it is this vamp that forms the very backbone of the song itself.  Al McKay, guitarist for Earth, Wind and Fire once described funk guitar as the “pocket of the song” and that “once [he] set the pocket, everybody played to [him].”  This, McKay revealed, was how most of EW&F’s songs were written, even such chart toppers as “September” and “Shining Star.”

Starting out with a single guitar chord vamp might sound dull and boring from an outside perspective but anyone who’s ever listened to James Brown or Parliament knows just how iconic and recognizable these funk guitar rhythms have become.  Although they may be repetitive, funk guitar rhythms are complex and intricate, adding extra dimensions of flavor and texture to an otherwise basic drum beat or bassline. 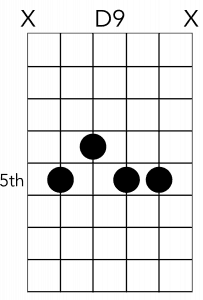 To a discerning eye (or ear) funk guitar varies greatly from song to song and player to player.  It’s easy to lay down a basic 16th note strumming pattern.  But start interchanging that with 8th note patterns and adding 9th, 11th and 13th intervals to your chords and you start getting something unique.

Perhaps the biggest influence on funk guitar style and technique was Jimmy Nolen, James Brown’s guitarist for nearly 15 years before he passed away in 1983.  By focusing on three note chord voicings (triads), rapid 16th note strumming patterns and quick releases on the strings to avoid sustaining notes, it was Nolen who came up with the “chickenscratch” picking style that eventually came to typify funk guitar playing for decades to come.

Both Al McKay and Nile Rodgers, a funk guitarist who made a name for himself with the band Chic back in the disco days of the late 70s, cite Nolen as one of their biggest influences.  Rodgers would go on to take an even more minimalistic approach to funk guitar (playing triads and dyads while using muted strings to accent his rhythms). 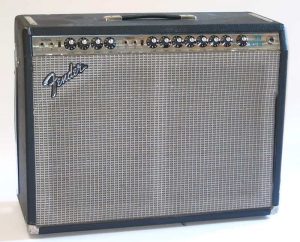 Another important aspect of Nolen’s funk guitar style was his tone.  Nolen perfected a clean, trebly tone that allowed his guitar to float somewhere in between the low thump of the bass and piercing tone of the snare and hi-hat.  To get here, Nolen played hollow-body jazz guitars with single-coil P-90 pickups out of a Fender Twin Reverb amp with the treble set high and the mid almost non-existent.  This setup, combined with his “chickenscratch” method of playing established funk guitar in the annals of music history. 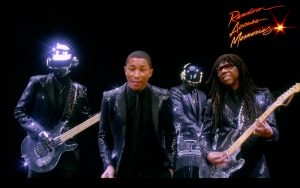 Although funk music petered out in the 80s with the popularity of synthesized music, funk did see a re-emergence in the 90s and 2000s with groups like the Red Hot Chili Peppers, Rage Against the Machine and Incubus incorporating funk rhythms and techniques into their music.  Nile Rodgers began to get recognized again collaborating with artists like Daft Punk, Pharrell Williams and Lady Gaga.

Even into 2017 artists and producers like Mark Ronson and Bruno Mars continue to draw from and expand onto the canvas that is funk music.  Funk music it would seem, and funk guitar along with it, are experiencing something of a revival.  If you want to start getting into funk guitar here are some tips and techniques you should keep in mind:

Regardless of genre, the right strings for the job can depend on a lot of variables—what’s right for one player might be totally different from what’s right for another. But that said, generally funk guitar players favor lighter strings. We would recommend trying a set of our Balanced Super Light (9-42), Balanced Super Light Plus (9.5-46) or Balanced Light (10-48) strings to get that classic “chickenscratch” snap on your own guitar.

Our Top Picks for Funk: