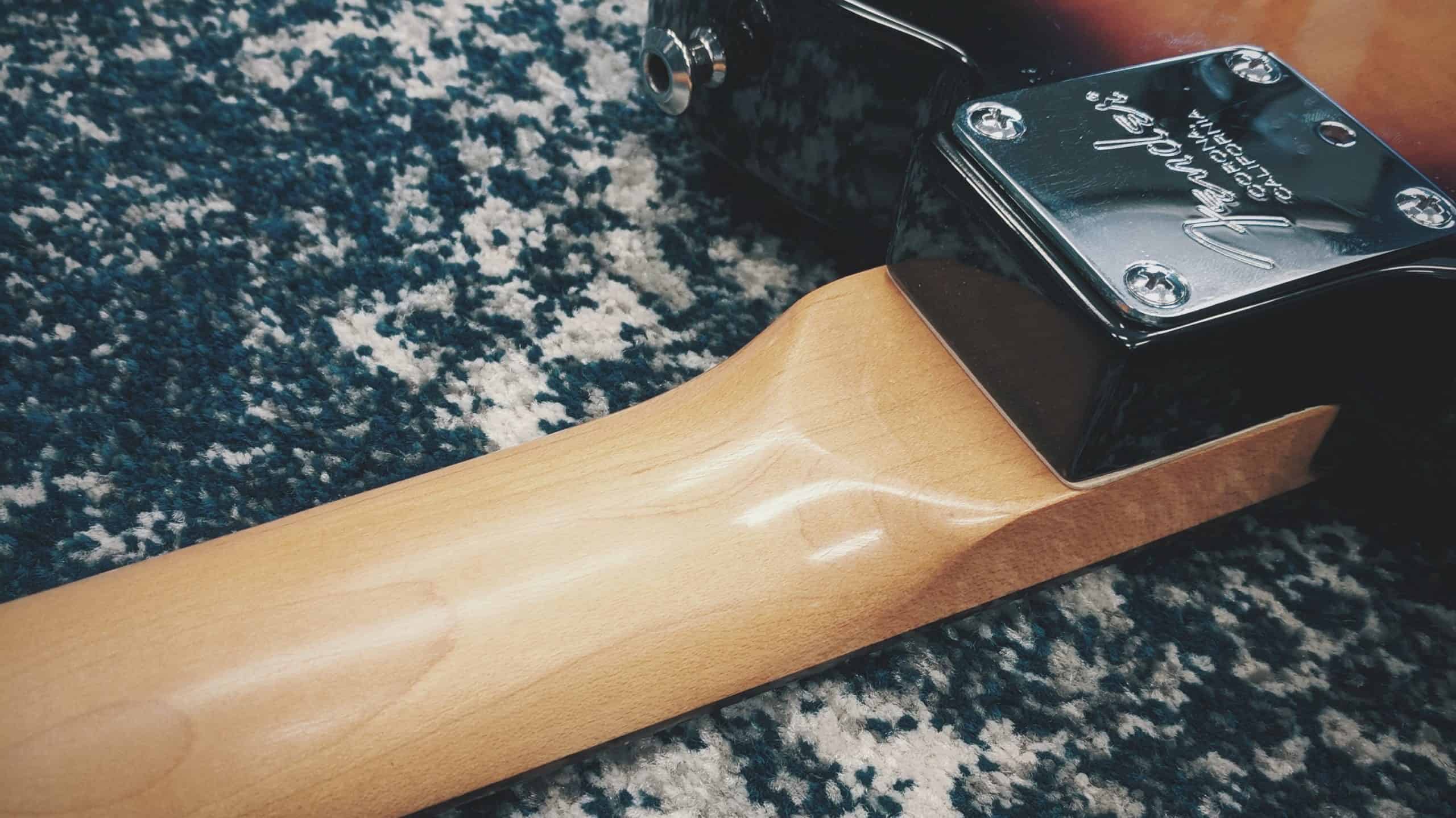 As any player with a few notches on their belt knows, not all guitar necks are the same. Sure, they have a lot in common, but as with all things guitar—it’s the small differences that count. Guitar neck shapes tend to fall into one of three categories: C, V, and U. We’ll talk about what these letters mean, what each of these guitar neck shapes do well, and where each might leave something to be desired for certain players.

This is the most common shape. It is fairly flat and is comfortable for players with all but the largest hands. Some guitars, such as some Fenders, may have an even flatter C-shape than other guitars, but the basic premise is the same.

There are a lot of different versions of “C” shape—slim, extra-slim, fat, nut-shaped, and even huge (for the curious, the huge is nearly a one-by-four and has very little taper between the first and 12th fret, pretty wild stuff).

V-shaped necks are of the so-called “old school”, they worked great when players would hold their thumbs over the fingerboard to hit bass notes, and used their fingers for playing chords and melody lines.

There are two chief varieties of “V” shape necks: soft, or rounded-V, and hard. The hard “V” is seen on both vintage guitars and re-issues of older models, but don’t appear frequently on modern guitars. By many regards, the most comfortable V-shaped necks are the ones that taper to almost no “V” closer to the nut.

The U-shaped neck is beloved by players with large hands, particularly those who prefer to keep their thumbs on the side or back of the neck. Older Telecasters are famous for this shape, as well as the famous “Nocasters” that were produced with only the Fender label.

“U” shape necks can come perfectly balanced or thicker on one side or the other. This thickness difference caters to the playing preferences of the player.

When it comes to the size of the various guitar neck profiles, you have to balance feel, sound, and comfort. You may prefer the sound a “baseball bat” neck gives you, but you might not like the joint pain that comes with trying to wield it. You have to consider all three when making a choice.

There are ways to customize all necks for certain sounds by using different woods, thicknesses, and construction strategies. It may not be possible to create the exact sound you want if your hand is too small to hold the bigger neck shapes, if that is what you prefer, but you can come close.

Thin necks tend to offer the greatest possibility for speed. In some cases, if you’re flying around the fingerboard, your thumb might not be touching the neck at all, so the less wood you have getting the way, the better. They’re also more prone to warping than thicker necks and may require more frequent action adjustments as the seasons change. Ibanez JEM, JCM, and Wizard Super necks are great example of this neck type.

At the other end of the spectrum are Gibson’s ’54 LP GT, which is more than an inch thick at the 12th fret. There, indeed, you have a “baseball bat!”

Thick necks like these, predictably, are sturdier and less prone to becoming misshapen, but the downside is that players with average or smaller-than-average hands may struggle to play them effectively without pain. In the 19th century, the composer and pianist Robert Schumann permanently damaged his hands by prying his fingers apart with machines designed to increase his finger reach on the piano. While playing such big, thick necks is not nearly as drastic, you never want to go too far outside of your natural range of motion when playing an instrument, if you want to be able to play comfortably for decades to come.

Some of the less-thick U-shaped and V-shaped necks, like the Kendrick Townhouse or the Heritage H-150, give these classic neck shapes some modern adjustments, which can cut down on the strain on the thumb tendon. So if you are dead-set on a classic neck profile but struggle with maintaining comfort, there are still some options out there for you.

Aside from the shape of guitar necks, there is also the option of “bolt-on” vs. “set neck.” For obvious reasons, bolt-on necks are typically cheaper than set necks, but are not without their advantages. Some people, prefer the twang in the tone a bolt-on neck provides. And with a bolt-on neck, you can change the shape and feel of the neck with nothing but a screwdriver.

Set necks require a bit more artistry than bolt-on necks, and thus, cost a bit more (all other things being equal). They generally provide excellent sustain—it’s not always in the same stratosphere as Nigel Tufnel’s “1959,” but generallly-speaking, there will be a bit more sustain and the tone will be a bit warmer-sounding than a bolt-on neck (again, all other things being equal). The big disadvantage to a set neck, other than the higher cost, is that it cannot easily be changed out if you change your preference.

Guitar neck shapes matter. The neck profile you go with impacts how your instrument plays, and how your hands feel while you’re playing it. So it’s worth taking the time to figure out which neck shape provides you the most comfort while accenting your playing style. That way, the next time you’re in the market, you’ll know just what guitars to seek out—and which ones it may be best to avoid.